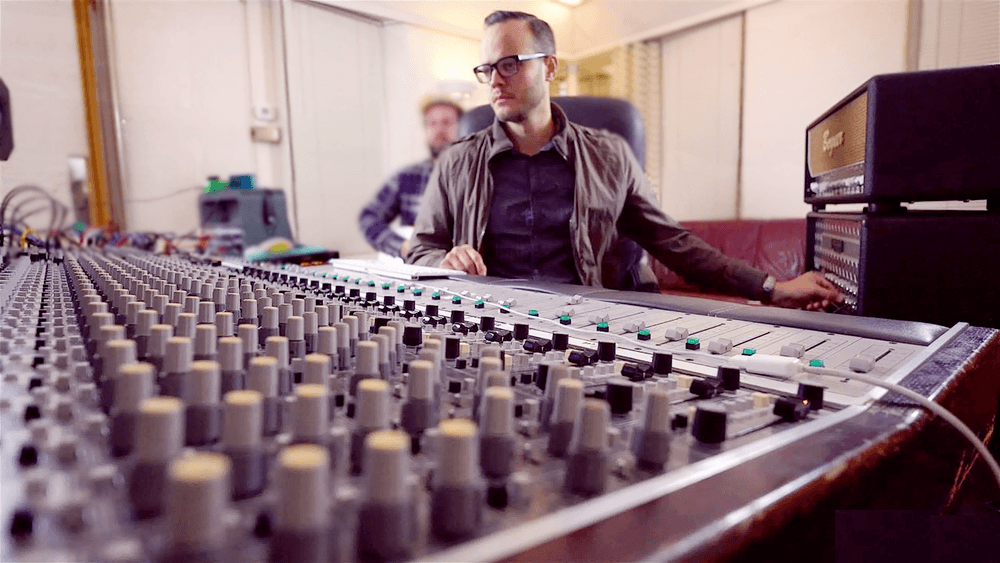 This is the first in an upcoming series of blog posts detailing how I turned less than $5000 into a six-figure home studio.

This story is for you if you fall into one of these categories:

I assume I have your attention by this point, but if not, save yourself some time and stop reading now. Go back to Facebook, and continue to aimlessly click around while we do shit that matters.

BTW: For those of you who are just starting out, or are thinking of starting your home studio, I made a free PDF to go along with this article.

The Worst Advice I’ve Ever Seen

I was lurking the profile of another producer on Ask.fm the other day (a site where you can anonymously ask someone questions). Someone asked a fantastic question.

“What advice would you give to four friends trying to start a studio? We’re trying to stay within a $20k budget if at all possible, but it seems like the biggest issue will end up being location.”

This is a fairly common type of question I see (except most people don’t have anywhere near $20,000 to spend on a new studio), so I was excited to see what this producer (for which I had a fair amount of respect) had to say:

Now, I am well aware that the internet is full of bad advice, but that answer really bugged me…. and for two good reasons:

1. The person who answered this question is a fairly well-known and well-respected producer. He knows his shit, and people will generally follow the advice he gives.

2. I know for a fact that this answer is DEAD WRONG.

“Well Brian, how do you know he’s wrong?”….you might ask.

“What a stupid question!”….would be my reply.

I know he is wrong, because I’ve created a studio that has consistently generated a steady flow of income year after year. I’ve worked with some pretty good bands (several of which have debuted on the billboard top 200), and I’ve yet to see any signs of business slowing down.

To make things more interesting, I started this studio in my parent’s basement in Athens, Alabama (hardly an ideal location).

I don’t know about you, but I wasn’t born with a silver spoon, nor did I have a wealthy family that could help out my studio financially.

I hope the rest of this story can shed some light on why the misconception that you need $100k+ worth of gear to “make it” in this industry simply isn’t true anymore.

The barrier to entry is shrinking, which allows small home studios break into the “pro” world and do something you’re passionate about for a living – all without selling your soul.

If the only thing I accomplish with this article is open up your mind to the possibilities of a changing industry, then I’ve done my job.

A little backstory on how I did this

Want to know what sort of gear I started out with? Well here it is:

I may be missing a few small items, but so far we’re at $4680. If I would have purchased this all used (which is what I typically do now), it would have been even cheaper.

It was January 2009, and my first batch of recording gear had finally arrived from Sweetwater.com.

Based out of my parent’s basement, and armed with just enough gear to record a band, this was the humble beginning of 456 Recordings.

Because of my obsession with learning, I spent the following 44 uninterrupted hours learning how to set up and run everything. I stayed up nearly 2 days straight as my parents questioned my sanity.

Here is how the following 44 hours unfolded:

1pm: I woke up (remember, I was still still living with my parents so I was usually up until 4am playing Call of Duty 4.)

1pm: I’m Googling stupid shit like “How to change tempo in Pro Tools.”

5pm: Mom gets home from work – “Please tell me you got some sleep…no?? BRIAN DAVID HOOD!”

9am: I hit the point of “literally can’t even”, and passed the actual fuck out.

Once I could no longer physically function, and had eaten maybe 2 meals in 40 hours, I crashed for 12 hours. As soon as I woke up, I proceeded to spent another 40 hours straight learning how everything worked.

After another 12 hours of sleep and a THIRD 40-hour shift Googling stupid shit, learning whatever I could, and recording my own demos, I finally got back on a “normal” schedule.

Why do I tell you this? It’s to drive one single point into your head:

If you don’t have this same obsessive, burning drive to learn, you will never make it.

There is one caveat to this…

My insane drive to learn ended up affecting my work/life balance in an extremely negative way. This eventually lead to depression a couple years into the studio, which obviously was not the goal.

There is nothing wrong with being obsessive about learning once you start out, but be aware of your limits. Don’t feel like you have to eliminate or neglect all of the people/relationships in your life. 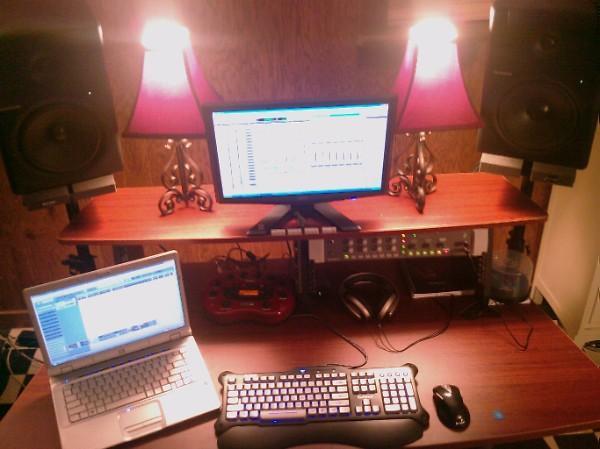 It wasn’t pretty, but it was the beginning of an amazing journey that changed the trajectory of my life forever.

After about a month of taking in as much knowledge as I could, I recorded a friend’s band (and I didn’t do it for free).

There’s lesson number 1 for you: Never work for free (there are actually rare exceptions to this, but I’ll go over those some other time).

Want to hear the first band I ever produced? This was done in January 2009:That should give you an idea what an absolute beginner would produce with bare balls basic gear, after a month of binge learning. It’s a pretty bad recording, but you have to start somewhere. I’ll admit, I was pleased with myself at the time.

From this crap recording until now, I’ve hardly changed gear. I still honestly have nothing more than a fancy bedroom studio. The only difference in my sound is the knowledge I’ve absorbed over the years and the constant trial and error I’ve gone through. I spent my time learning how to make the most out of what I have, not the technical aspects of every preamp and compressor ever made.

To this day, there are such huge gaps in my knowledge about “legit” gear, that I couldn’t even tell you the difference between an API 512c and a Neve 1073LB. The majority of my recordings were done through the Digidesign 003 preamps (I still use that same interface).

I may not be able to teach you much (or anything) about gear, but I can definitely show you how I do what I do with what little I have, and I can try to teach you all the “behind the scenes” knowledge I’ve gained to help you run your studio as a profitable business. 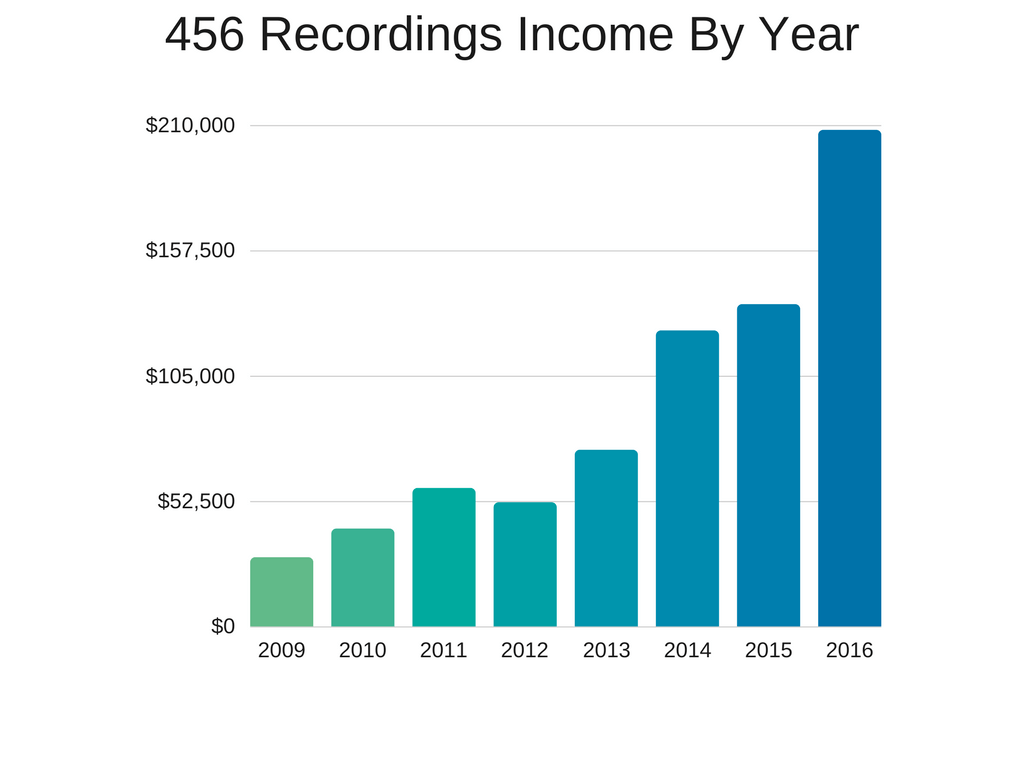 Now that you know a little about me, I’d love to know more about you.

It’s weird opening up publicly like this, so I’d be super grateful if you’d introduce yourself in the comments below and tell your biggest goal when it comes to your home studio.

Don’t feel pressured to respond with a novel – I just want to get to know you a bit.

So please scroll allll the way to the bottom and leave a comment. I read every single one of them:)

For those of you who are just starting out, or are thinking of starting your home studio, I made a free PDF to go along with this article.

I promise to keep your email address safe and sound in the warmth of my bosom. There will always be an “unsubscribe” link at the bottom of every email for an easy 1-click removal this mailing list. 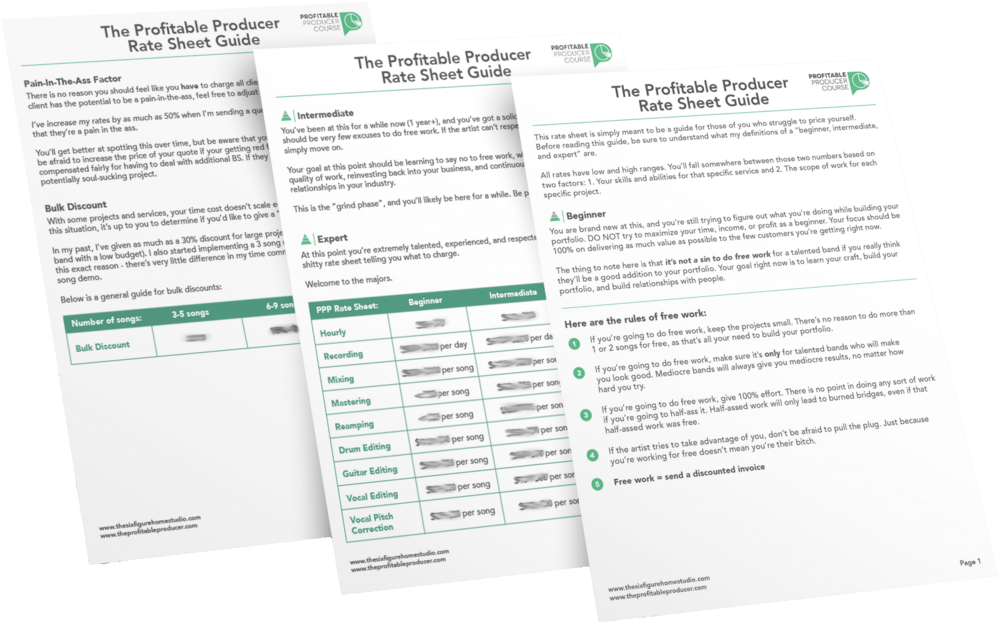 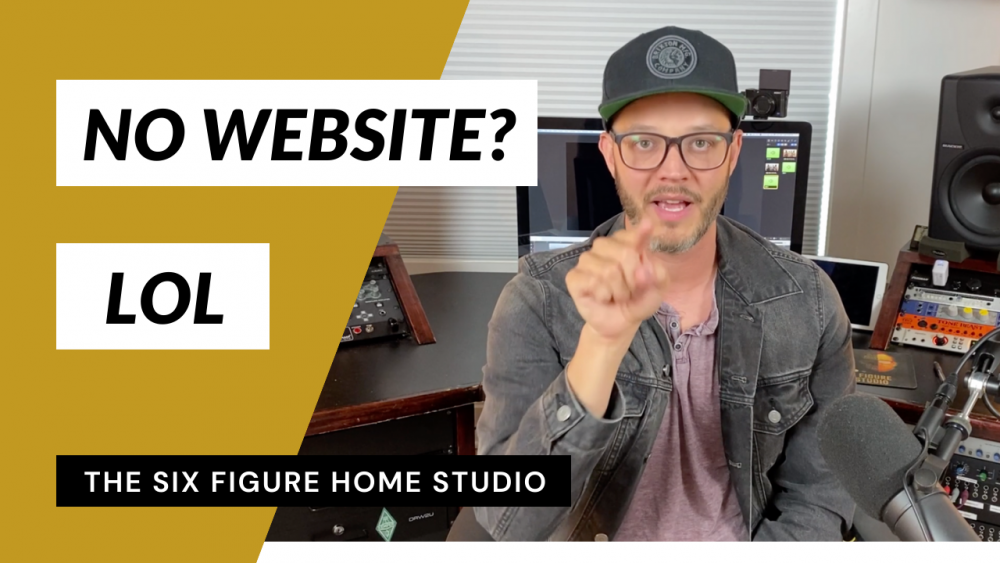 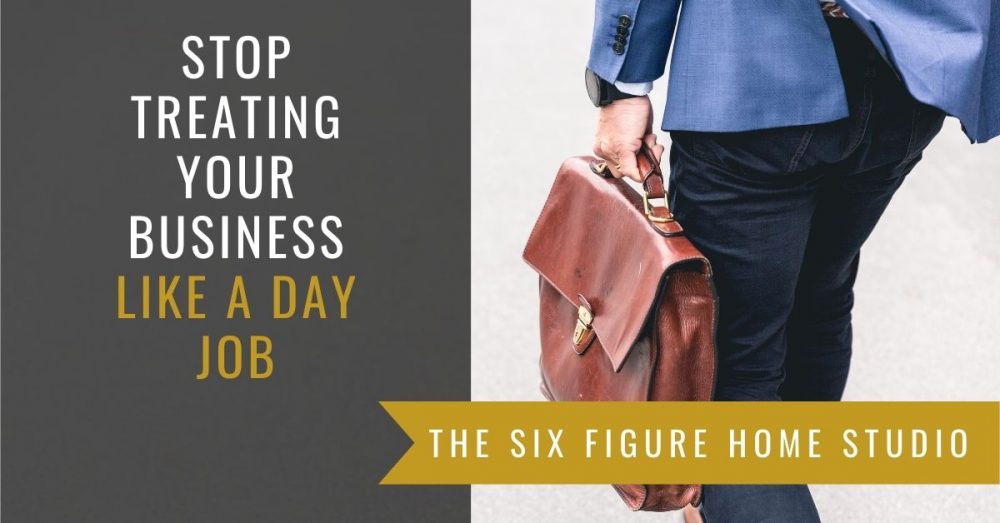 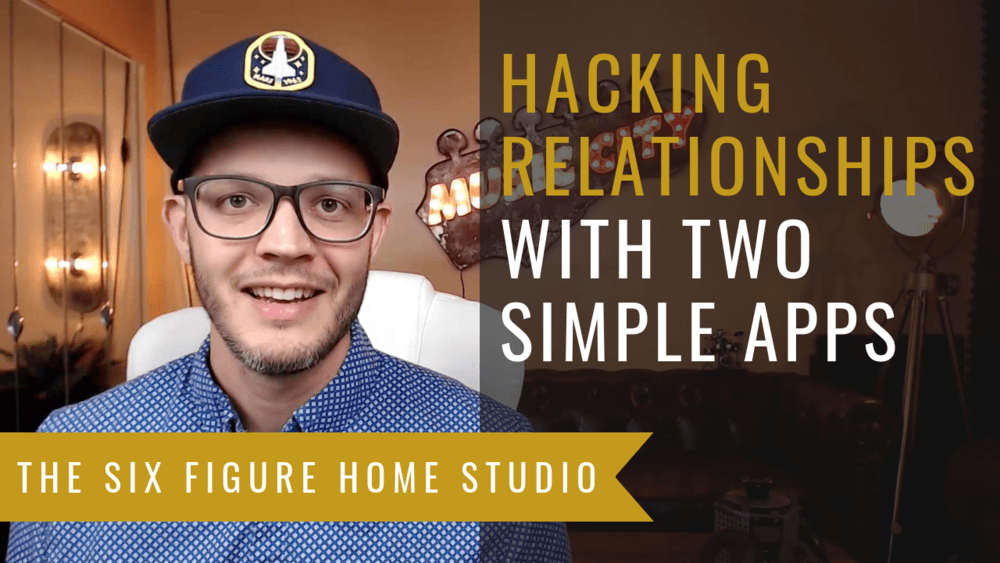 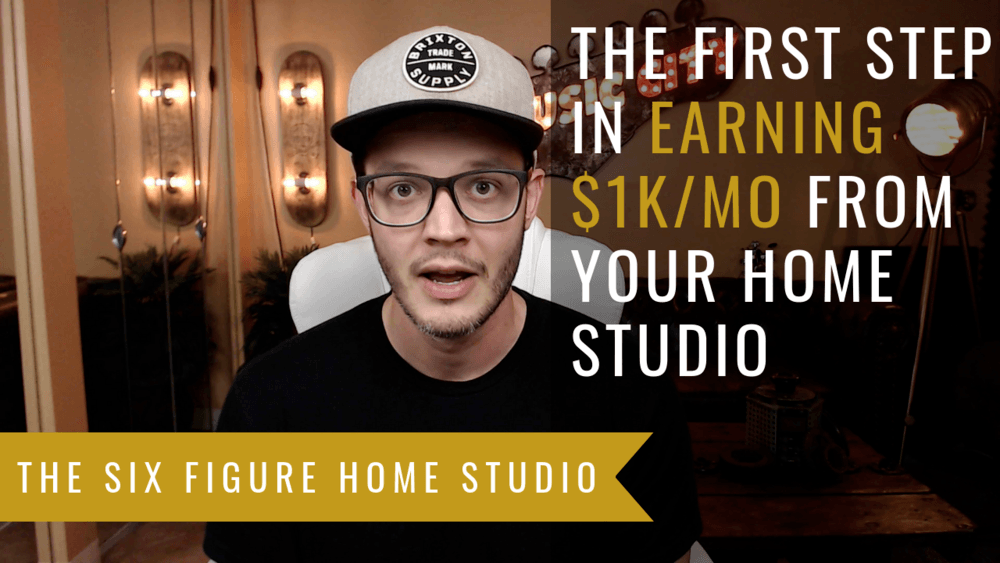 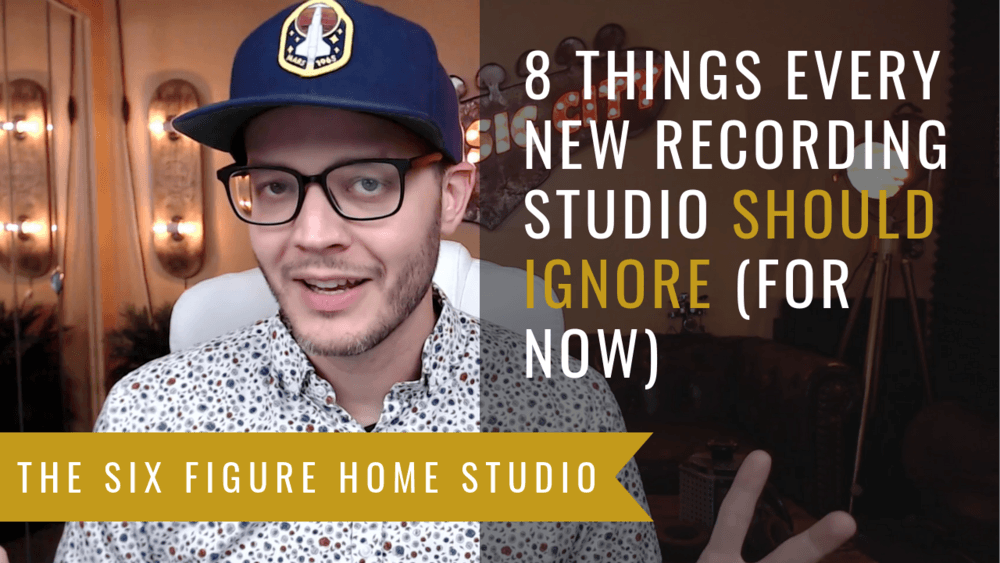 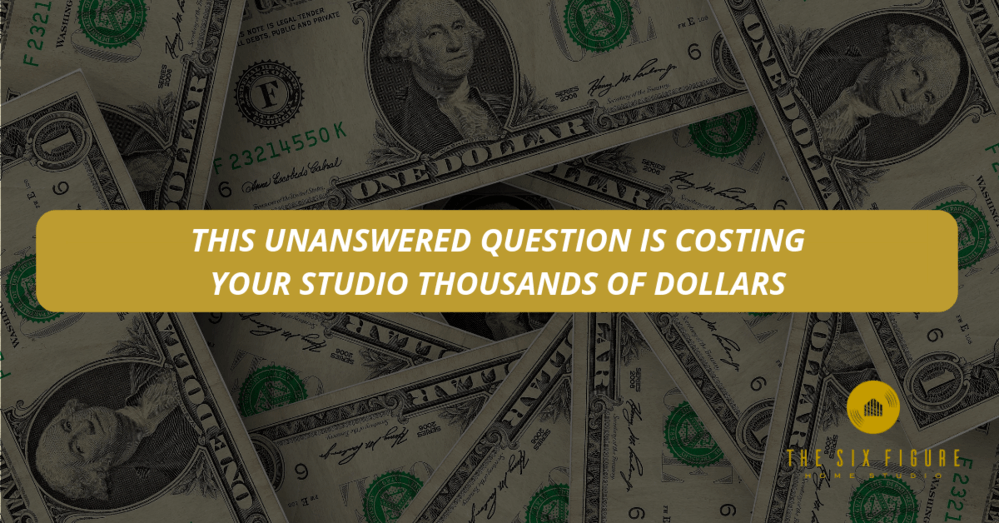 Do You Need Help Setting Your Rates?

I'm not sure what to charge for my studio's services.

I know exactly  what I should be charging for my studio's services. 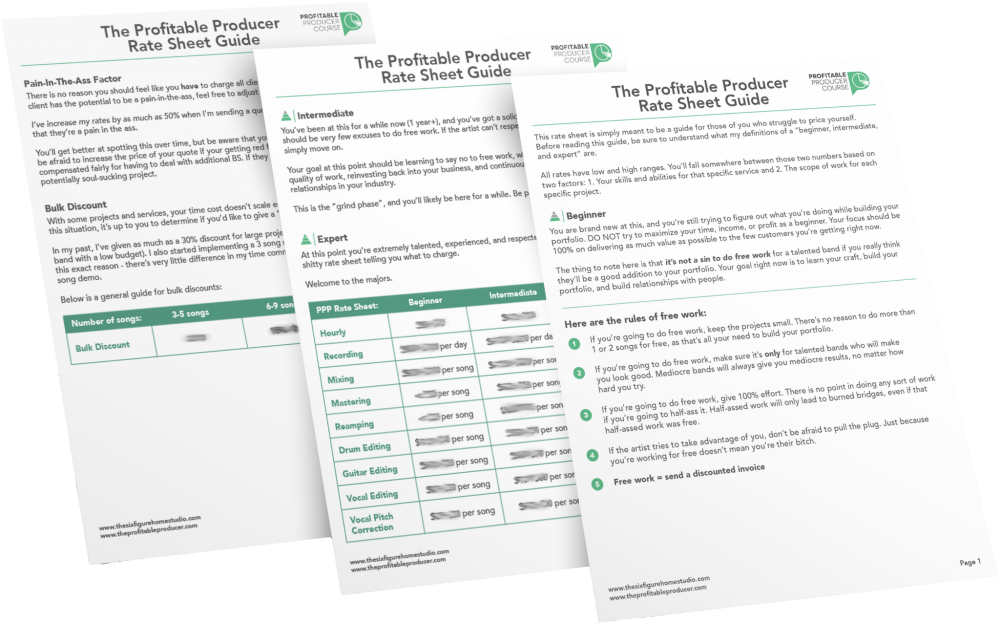 This free guide gives you rate ranges for a number of services... including recording, mixing, mastering, reamping, drum editing, guitar editing, and more!